O Wind, Let Me Stay In My Land 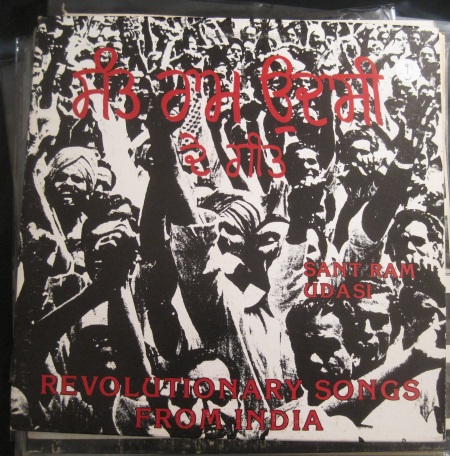 Sant Ram Udasi was a Punjabi radical dalit poet/singer who died in 1986. According to a couple of websites he is one of the preeminent poets of Sikh dalits and for the communist naxalite movement in the Punjab. All the tracks on this lp are unaccompanied and they’ve handily translated the song titles on the cover. It’s some really beautiful vocal stuff.

Not surprisingly this came out in Vancouver, home to the largest urban Sikh population outside of India. The diaspora population played an active role in the dissemination of radical Sikh politics that arose in the 1970s with the Khalistan movement and reaction to Operation Bluestar in the 1980s. Seems like this record fits in amongst that.

Many people in music are concerned with realness. I’m not really but from the cover photos on his three records that currently live in my room, it appears that Mr. Baker was a pretty impressive rodeo cowboy. It was nice of a friend to have a record shop and not like these records enough to price them over $3 each. They all have their moments but the sweet reverby oooh-wooh-oooh backup vocals on Rodeo Call make it an easy favorite.

Price: $3
Location: a short flight of stairs up from my basement dungeon.